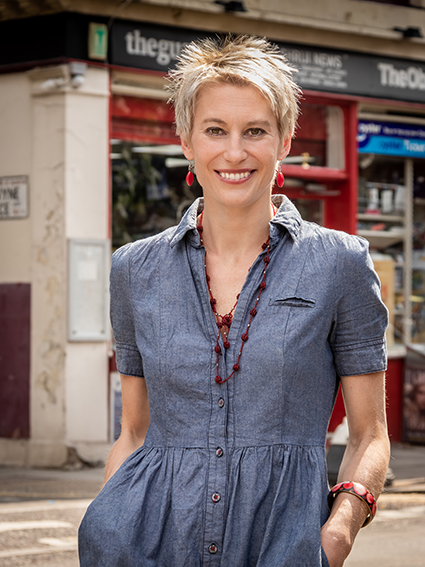 Tereza is a former TV news reporter, TV presenter, radio broadcaster and a current PR professional with over 18 years of experience as a media expert.

During her 13 years with Prima TV, Tereza worked closely with and interviewed Czech and world politicians on a daily basis. She accompanied the Czech Prime Minister to the White House to cover his Presidential meetings, and asked President Barack Obama questions for her news channel both in the Oval Office and during his state visits to the Czech Republic.

In her role with Czech Prima TV, Tereza created independent reports for daytime TV programmes, completed regular voiceover work and has written political and women's columns for magazines and political interest websites. Tereza is currently an official British contributor to Czech Radio and Prima TV and examples of her recent work can be found here.

Tereza is a qualified coach, and specialises in transformational coaching and finding positive, achievable outcomes based on the client's own particular needs.

Tereza is a board member of the British Association of Women Entrepreneurs. She is also a fellow at the Royal Society for the encouragement of Arts (RSA), Manufactures and Commerce.

Tereza is also a member of Executive Committee at the Czech British Chamber of Commerce and you can read a recent interview with Tereza here.

Tereza is currently working on a series of children's books which are fun and educate children about friendship, loyalty and environmental issues. Please visit www.thelittlehedgehog.com.

She lives with her husband John, and somewhat troubled cats Meowglish and Johnson, in their home in Canonbury, Islington.

Tereza works with a team of TV producers, cameramen, coaches and psychologists who support her based on the exact needs of the client. To learn more, contact us by clicking clicking here.